Cherry Blossom won the men’s competition which saw them beat SHC Hamamastu 2-0 in the first semi-final before taking down BBJ in the final by the same score. BBJ had got there by beating BHC TOCHIGI 2-0 in their semi-final. TOCHIGI eventually took bronze, defeating Hamamastu in the 3/4 placement match.

“I believed we could win and I'm very happy,” said Japanese national beach handball team player Kato to ihf.info. “Of course, we are all very happy to win the championship, but I still think it's the starting point for us. We’d all like to continue to improve beach handball here so that everyone will recognise it.

“We all play indoor handball and formed SWAG to create a winning team,” added Kato, who was born in Shizuoka Prefecture but raised in Aichi Prefecture, home of the championship.

“Although beach handball is still a minor sport in Japan, beach handball officials and teams, including SWAG, are engaged in activities to make many people aware of the appeal of it.

“We all hope that it will become a major sport in Japan, that the number of athletes will increase, and it will become an attractive sport that can be seen on TV – and for all of those reasons we will all continue to promote it.” 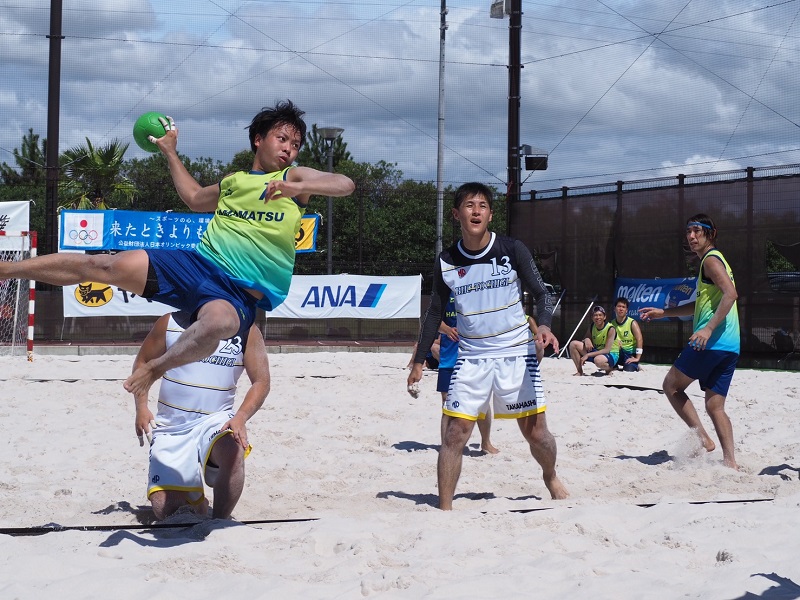 For full results, match PDFs and links to videos of the matches, visit the Japan Handball Association page (in Japanese) or check the JHA on Twitter which posted updates throughout the championship at @JHA_handball.