The CAH is recognised by the International Handball Federation (IHF) as the oldest handball federation continuing as the same body since formation.

In 1920, a sport called ‘Balon’, created by Uruguayan Professor Antonio Valeta in Montevideo, started spreading throughout the region.

Despite being different to the European-based ‘Field Handball’, ‘Balon’ had many similarities and the  Argentinian School of Balon (1920) was formed, the first entity dedicated to its practice with matches played at Palermo Polo Field in the nation capital, Buenos Aires.

With the sport growing in popularity, on 15 October 1921, members of that school and the ‘Balonists’ of the Federal Capital (Capital Federal) gathered at La Prensa’s newspaper headquarters to found the ‘Argentinian Balon Federation’.

Over the next decades, well-documented relationships between players of the sport in Argentina and Uruguay led to numerous friendly matches between clubs and national teams from both countries as field handball rules gradually began to be adopted into the game. 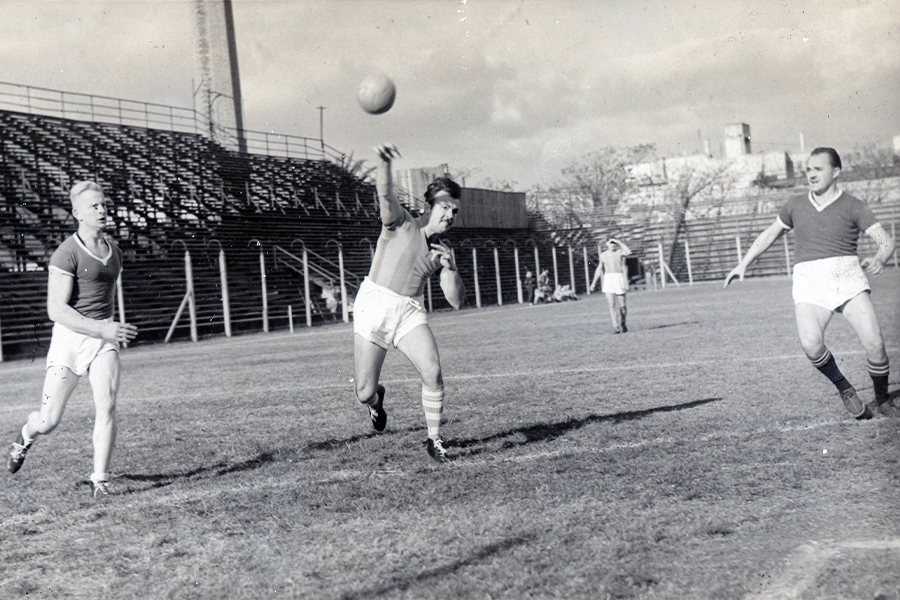 Around the same time, the seven-a-side version of the sport gradually took hold, as it did across the world. By the mid-1960s the new, updated version of handball started appearing in the plans of physical education teachers in Argentina.

The community grows at home

Despite the rapid changes in the sport, the game in Argentina was limited to a core of clubs and players from the Federal Capital and Greater Buenos Aires regions with the clubs of the German community and those linked to football.

However, the 1970s witnessed quick expansion with provisional and regional associations appearing across the country. 1970 itself saw the first national Argentinian Tournament played in Montecarlo (Misiones Province) and seven years later, in 1977, the Interclub Nationals tournaments made their debut.

The 1970s also saw the women's division emerge and consolidate at the same time, joining the official federation activity in 1972 with local, Argentinian and champion club competitions for the major categories.

With handball appearing for the first time in 36 years at an Olympic Games – thanks to the seven-a-side version making its debut at Munich 1972 (men’s competition) – and over 11,000 people attending the Americas qualification tournament in La Luna Park in 1973 for the 1974 IHF Men’s World Championship – Argentinian handball was well and truly on the world map.

The hosting of the second-ever Pan American Men’s Championship, again at La Luna, in 1981, only underlined the country as one of the heavyweights in the region.

Since then, Argentina men’s and women’s handball has grabbed a firm foothold in the world game, most recently – and notably – with the Argentina women’s beach handball team claiming gold on home sand at the 2018 Youth Olympic Games and Diego Simonet becoming the first ever non-European MVP of the VELUX EHF Champions League FINAL4, which he won with his Montpellier side in 2018. 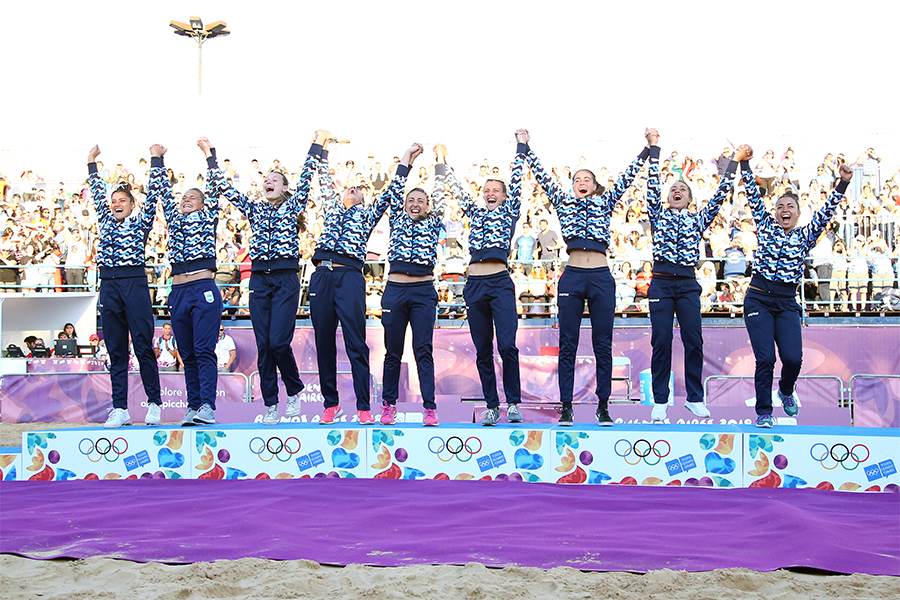 Other milestones include numerous South American and Pan American medals for their wide range of men’s and women’s teams, plus an impressive fourth place at the 2007 IHF Men’s Youth World Championship, a championship they would later host, in Mar del Plata in 2011 and following their 1995 hosting of the junior event in Mendoza and Buenos Aires.

The IHF would award the CAH the Hans Baumann Trophy in the same year for its efforts to popularise and spread the sport in the country and the name of Argentinian handball across the world.

With both senior teams appearing at every senior IHF World Championship since 2003, the men’s (2012) and women’s (2016) teams would go on to make their Olympic Games debuts in the 2010s.

According to the CAH, their player membership list is well over 36,000 individuals with 31 Associations and affiliated provincial Federations.

With 100 years behind them, the IHF would like to congratulate everyone associated with Argentinian handball and look forward to the next century.