Bringing talent to Al-Arabi for success
Al-Arabi’s 31:29 victory over Al-Wakrah in the Duhail Sports Hall, ended a 37-year wait for the title, after they won it for the first and only time back in 1983. And it was sweet revenge for the club after losing by one goal to Al-Wakrah in both the Emir Cup and Qatar Cup semi-finals this season.

Al-Arabi have brought in a number of new faces to the team in recent times both on and off the court in a bid to become the top team in the Arabian Gulf State.

In July, double Olympic bronze medallist and 1999 IHF Men’s World Handball Player of the Year, Rafael Guijosa, became coach of the club, with the former Spanish national team player being able to choose from a team featuring a number of familiar names on the world handball scene.

A long journey to a second league title
Due to the COVID-19 outbreak, 2019/20 was the longest-ever season in Qatar handball history, having started on 10 February 2020, after initially being postponed from the week earlier.

Adaptations were made, with all 10 teams playing each other once, and the top six in the league progressing through to a play-off and subsequent final round. However, with the global pandemic affecting Qatar, only four rounds of games were completed before the league paused at the end of February. 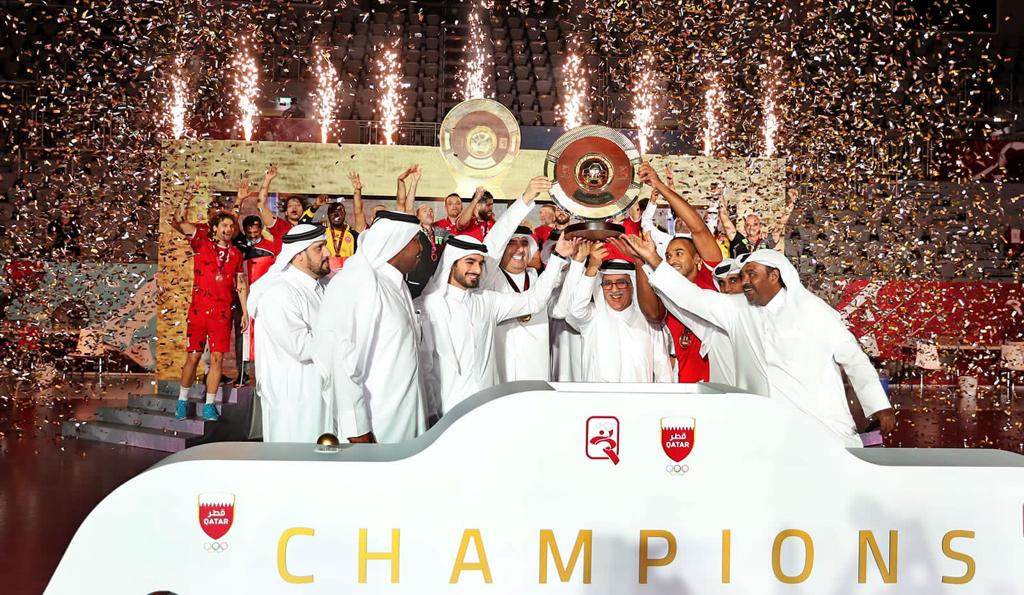 The league then restarted on 10 September, with five further rounds of matches played, and the league reaching its conclusion on 29 October with Al-Wakrah finishing top of the table on 23 points, having won seven games and lost two. They were followed by Al-Ahli in second and Al-Arabi in third (both 22 points), Al-Duhail in fourth (21 points) and fifth and sixth spot taken by Al-Gharafa and Al-Rayyan respectively (both 19).

These top six teams in the league then went through to the second stage of competition – the play-offs for the semi-finals and semi-finals themselves, with first and second-placed Al-Wakrah and Al-Ahli, receiving a bye directly through to the last four.

This meant that the third-placed league team played sixth and fourth played fifth in the play-offs with the winners going through to the semi-finals and on 2 November Al-Arabi easily overcame Al-Rayyan 30:25, while Al-Duhail did even better, defeating Al-Gharafa by eight (26:18).

Thursday 5 November saw the semi-finals with Al-Wakrah squeezing past Al-Duhail (21:20), while Al-Arabi upset Al-Ahli, easily defeating them 26:22 to set up Al-Arabi versus Al-Wakrah championship final, which Al-Arabi took by two goals (32:29), avenging their 27:26 Match Week 6 league defeat to Al-Wakrah. Al-Arabi had trailed 13:15 at the break. Al-Duhail took bronze, defeating Al-Ahli 25:24. 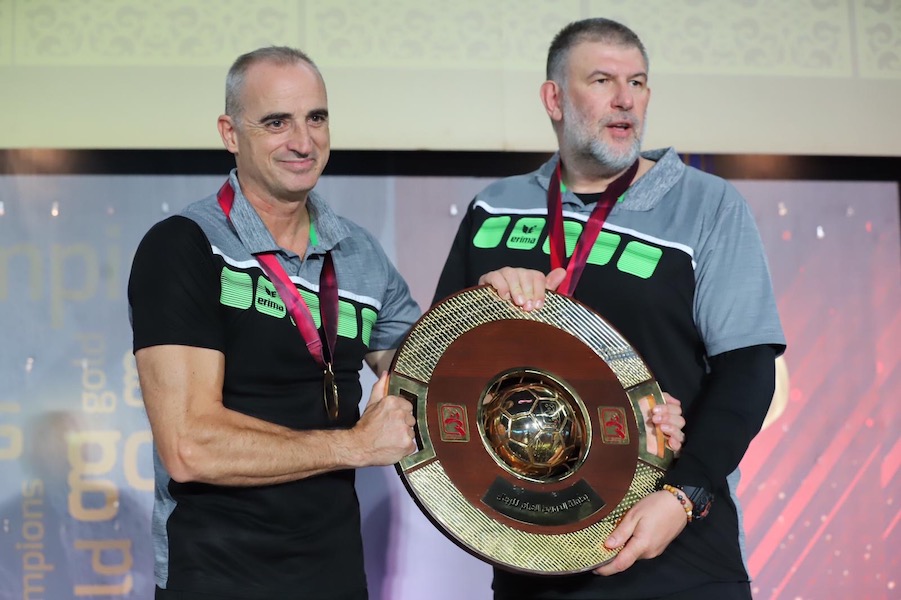 For more information about handball in Qatar, visit www.qatarhandball.com.