The Women's EHF EURO 2020 will take place in Denmark from 3 to 20 December. Originally planned to be co-hosted by Denmark and Norway, the European Handball Federation (EHF) has released a statement on 16 November 2020, reporting that Norway will not be able to host the event.

On 23 November, the EHF confirmed in a further statement that Denmark will host all groups of the Women's EHF EURO, with Sydbank Arena in Kolding being the second venue to be used next to Jyske Bank Boxen in Herning.

The draw took place on 18 June 2020, at 11:00 CET at the headquarters of the European Handball Federation in Vienna.

The 16 teams have been seeded in the four pots according to the final ranking of the Women’s EHF EURO 2018.

Visit women2020.ehf-euro.com for more information about the event. 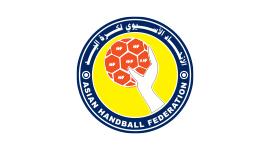