The 2022 edition of the Men's EHF EURO took place in Hungary and Slovakia from 13 to 30 January.

Bratislava and Kosice hosted the EHF EURO 2022 in Slovakia, while Debrecen, Szeged and Budapest staged the event in Hungary, with the final weekend organised in Budapest.

The draw for the event was held in Budapest on Thursday 6 May 2021.

The event served as qualification event for the 2023 IHF Men's World Championship in Poland and Sweden, with Spain, France and Norway qualifying. Denmark were already qualified as reigning world champions and Sweden and Poland as hosts.

More information can be found on the official website ehfeuro.eurohandball.com. 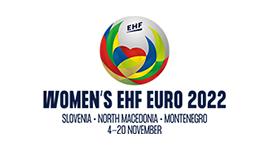