Hanover, Magdeburg and Berlin are the three host cities chosen by Germany, while Greece’s capital Athens will be the fourth host city.

The draw for the event took place in Katowice, Poland on Tuesday, 17 January, in the margins of the 2023 IHF Men’s World Championship. 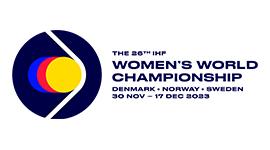