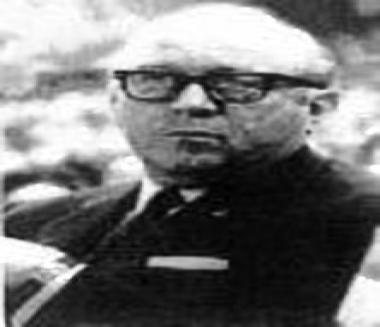 Hans Baumann, an internationally renowned architect, had already been Vice-President for four years under Gösta Björk. Since 1939, he had also been a member of the management committee of the Swiss Handball Federation that allowed Baumann (born in 1906) to participate in several international matches too. Baumann helped the IHF with a lot of flair in getting through the difficult post-war period from a sports political point of view. This politically ‘neutral’ Swiss citizen seemed to be really predestined to undertake the difficult task of mediating between the power blocks of East and West Europe. Unfortunately, it was not granted to him to witness the inclusion of handball in the Olympic Programme, as was his wish: on 7 February 1971 Hans Baumann died – one year and a half before the Olympic handball tournament in Munich.