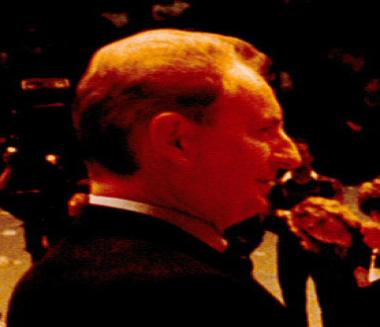 In 1984, an experienced politician and diplomat succeeded as head of the IHF: before Erwin Lanc, born on 17 May 1930 in Vienna, took office as IHF President, he had already been a member of the Austrian government under Austria’s legendary chancellor Bruno Kreisky for more than 13 years – first as Minister of Transport, than as Minister of the Interior and as Foreign Minister for one year. Lanc’s sporting and political roots go back to the Austrian “Federation for Sports and Physical Culture”. He was the head of this organisation as active handball player, skier and swimmer from 1968 to 1982. Lanc – who, after completing his law studies, had worked as a member of the management board of a large bank in Vienna – was also President of the Austrian Handball Association for many years. And even after his retirement, Lanc remained interested in sport – and politically active. Thus, he continued working for the International Institute for Peace in Vienna for a long time.