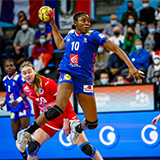 The last time a French player won the IHF Female World Player of the Year award was in 2009 as Allison Pineau just finished a stellar campaign to help France clinch the silver medal at the IHF Women’s World Championship. Fast forward to 2021 and another centre back, who is sharing duties with Pineau for ‘Les Bleues’, has been nominated after a superb year.

Grace Zaadi Deuna helped France win their first-ever gold medal at the Olympic Games, sealing a place in the All-star Team as the best centre back at Tokyo 2020, scoring 33 goals and assisting another 31 goals for France. At Spain 2021, the French centre back recorded 27 goals and 41 assists, lifting her team to another silver medal.

With her amazing precision and impressive handball know-how, Zaadi is definitely one of the top minds in women’s handball and a deserved challenge for the trophy after adding 72 goals for her club team Rostov-Don in the DELO EHF Champions League. 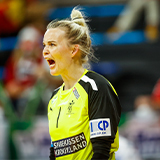 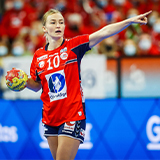 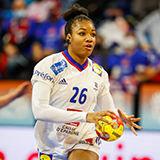