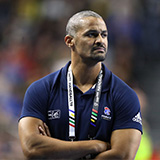 Didier Dinart rounds out the list of nominees voted in based on their team’s performance at the 2019 IHF Men’s World Championship. At Germany/Denmark 2019, Dinart led France to the bronze medal thanks to a thrilling last-second victory over Germany in the 3/4 play-off.

France topped their preliminary round group after four wins, versus Brazil, Serbia, the Unified Team of Korea and Russia, as well as one draw, against Germany. Germany passed France in the main round standings, with France beating Spain and Iceland in that stage, but losing to Croatia. Still, the second-place finish in the main round was enough for France to reach the semi-finals.

After the disappointing semi-final loss to Denmark in Hamburg, France vied for the bronze medal against Germany in Herning. A last-second counter attack goal scored by Nikola Karabatic earned France the bronze medal. 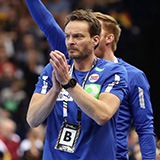 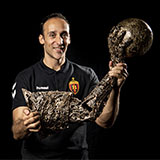 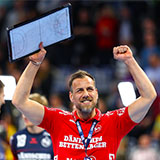