Camilla Herrem was born only 67 days before Norway won their first IHF Women’s World Championship medal, bronze at Netherlands 1986 after a 23:19 win against the German Democratic Republic.

Since that moment, the Scandinavian powerhouse  have won more medals than any other team in the major international competitions, the IHF Women’s World Championship, the Women’s EHF EURO and the Olympic Games.

In fact, no other team have won more medals – 10 – in the world handball flagship competition or sealed the trophy more times at the EHF EURO – eight – than Norway.

At Spain 2021, Norway are on track for another special milestone, which went under the radar in the first seven games of the competition. Provided they win at least one game in the final weekend in Granollers, Norway will become the first team ever to win 30 medals in the major international competitions, adding to their 12 at the EHF EURO, 10 at the IHF Women’s World Championship and seven at the Olympic Games. 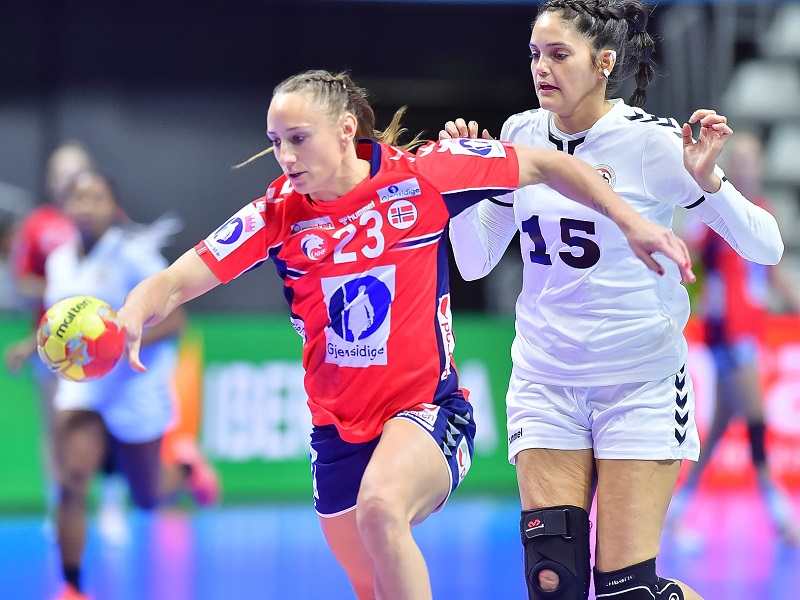 And the 35-year-old Herrem has been almost synonymous with success, contributing to nearly half of the tally – 14 medals – since she made her debut in the national team in 2006. From that moment on, Herrem, who has rarely been injured or missed a major tournament due to other issues, has played for Norway in 284 games, the fourth-most in the history of the team, scoring 811 goals.

Only five other players have scored more goals than Herrem in the history of the most decorated team in women’s handball, with the left wing only 192 goals shy of the record set by Kjersti Grini, the only Norwegian player to top 1,000 goals for the national team.

She hit her 800th goal during the straightforward 43:7 win against Puerto Rico in the main round and has also been Norway’s top scorer at Spain 2021 with 31 goals, despite sharing the left wing position with Sanna Solberg-Isaksen.

“Handball motivates me to play. It is my hobby, my joy and a huge pleasure to be here and represent Norway time and time again. I am one of the most experienced players in the squad, but it really is superb to share the court with such amazing teammates,” Herrem told ihf.info after Norway’s win in the quarter-finals against RHF, 32:26.

The 35-year-old left wing did not score a goal against RHF, but her sheer experience, the defensive skills and the constant running to convert a fast break were on display once again, having become a trademark of hers in the past 15 years. 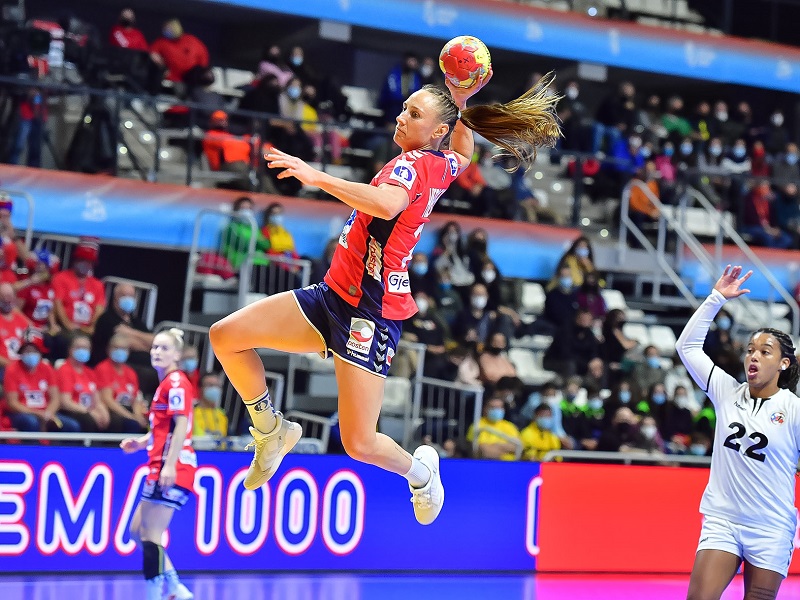 Herrem has been the All-star left wing at the IHF Women’s World Championship twice, at China 2009 and Japan 2019, underlining her skill and how well she has added different layers to her arsenal in the last years.

“The secret? I would say there is no secret. I am just doing what I have always done: prepare good and play the Norwegian way, which means running a lot,” added Herrem.

Medal number 15 would be another milestone for Herrem, which would mean that the left wing has almost won at least a medal every year since she began playing for the national team and contributing to exactly half of Norway’s medal tally.

But she could also become only the third player in history to win a medal in five different editions of the IHF Women’s World Championship. Before Spain 2021, only Norwegian goalkeeper Kari Aalvik Grimsbo and Soviet Union’s Zinaida Turchyna hit this milestone, with Herrem and goalkeeper Katrine Lunde on their way to tie the record.

“I am not thinking about records, I am only thinking to win a medal. December has usually been a happy month for Norway, winning so many medals in major tournaments and it has been something of a treat being here and helping improve the record,” said Herrem.

The Norwegian left wing can also become the 18th player to win three gold medals at the IHF Women’s World Championship, with six Romanians, six Russians, five from the German Democratic Republic and one from the Soviet Union having already achieved that feature.

“It would be something special, of course. We won many medals in the past, but we do not mind adding new ones to the collection. It gets better every time,” added Herrem.

The first step for a new gold, Norway’s fourth, which would tie Russia’s record, could be made on Friday when the Scandinavian powerhouse faces hosts Spain in a crunch semi-final.

The two teams have met four times in the last five years, with Norway taking three wins, while Spain took one, exactly in the semi-finals two years ago, at Japan 2019, 28:22. Norway have been unsuccessful in the semi-finals in the past years at the IHF Women’s World Championship and the Olympic Games, but Herrem hopes to change that outcome.

“Playing here, in Granollers, in an arena which will be surely packed by Spanish fans, it is exciting. It is why we play handball, it motivates us. So I expect a tough game, but I really want to win and play in the final. And then, who knows,” concluded Herrem.

Five talking points after a crazy final weekend at Spain 2021

The mother of all comebacks: How Norway silenced France in 22 minutes