There have been huge strides made in the development of wheelchair handball over the past two decades, as the sport has been getting more and more attention as the focus was clearly set on developing handball in several directions, including for people with disabilities.

The IHF Wheelchair Handball Working Group has been the vector of helping the sport grow over the past three years, after it was created in March 2019, with Dr Frantisek Taborsky as its Chairman and consisting of four members from four continents.

“It is a dream come true for us. We have come so far, because it was not easy, there were many challenges, but here we are, just waiting for the competition to start. The excitement can be felt by all of us, delegates, referees, and, of course, the players who are the main actors in the competition,” says Flavio de Melo, a member of the IHF Wheelchair Handball Working Group.

De Melo is no stranger to wheelchair handball, coming from Brazil, a nation which has been one of the drivers of the development of the discipline. According to the man himself, wheelchair handball has been played in Brazil from the early 1990s, but has firmly stood its ground from 2005 onwards. 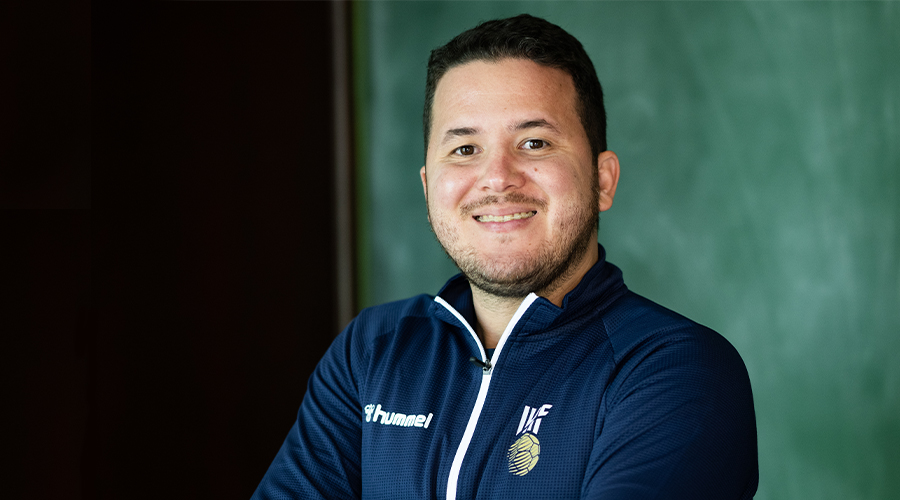 In the South American country, wheelchair handball has been played in an organised manner for the first time in the city of Toledo, in the state of Paraná, with Professor Decio Roberto Calegari and his collaborators being the pioneers of the sport.

“Sure, it has been getting more and more popular, because there are other very popular sports for disabled people, like wheelchair basketball or sitting volleyball. But it really picked up in Brazil and now we have over 400 players throughout the country.

“We had already organised 12 domestic championships in Brazil, with the first edition taking place in 2009 and the next one is due to take place in December, so we have come a long way,” adds Flavio de Melo.

It was his experience in developing wheelchair handball in Brazil that really helped de Melo become one of the experts in the discipline and lend a hand to the IHF Wheelchair Handball Working Group.

“When I was invited to the IHF Wheelchair Handball Working Group, I could show the progress made not only in Brazil, but also in South and Central America and it was really important because we tried to organise many competitions and now we are on the correct path,” adds de Melo.

But what does the future hold for wheelchair handball?

“The ground for this was laid in 2005. It was an astonishing amount of work put in and now we are here, it is amazing. And we can dream even further,” adds de Melo.

After gaining status as an IPC Recognised International Federation back in 2009, the IHF has forged close links with the global governing body of Paralympic sport from the very top down. Working Group members and collaborators have participated in numerous IPC meetings, all working towards including wheelchair handball in the global celebration of Paralympic athleticism.

“We need 24 Federations from three different continents to have teams and to have minimum two World Championship editions organised to have a chance to be part of the Paralympic Games. What we need to do is to fulfil the criteria of the Paralympic International Committee to get a place at the Paralympic Games, which would be another huge achievement,” concludes the IHF Wheelchair Handball Working Group member. 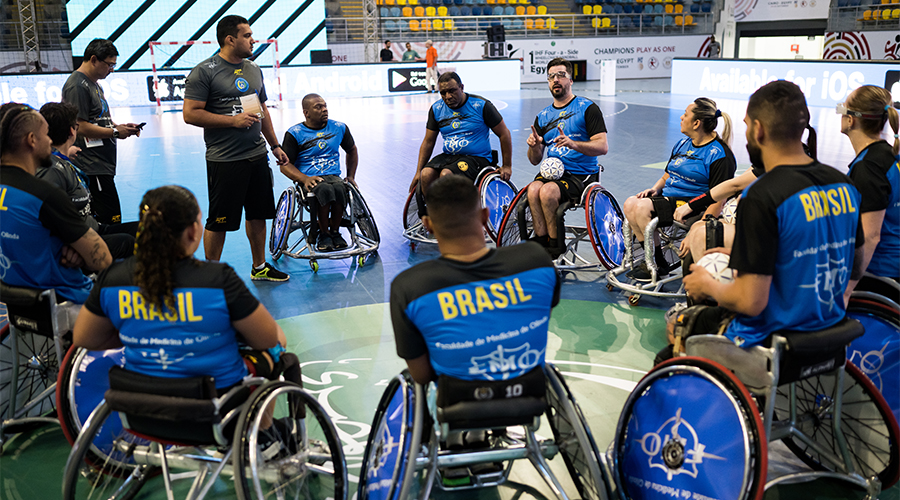