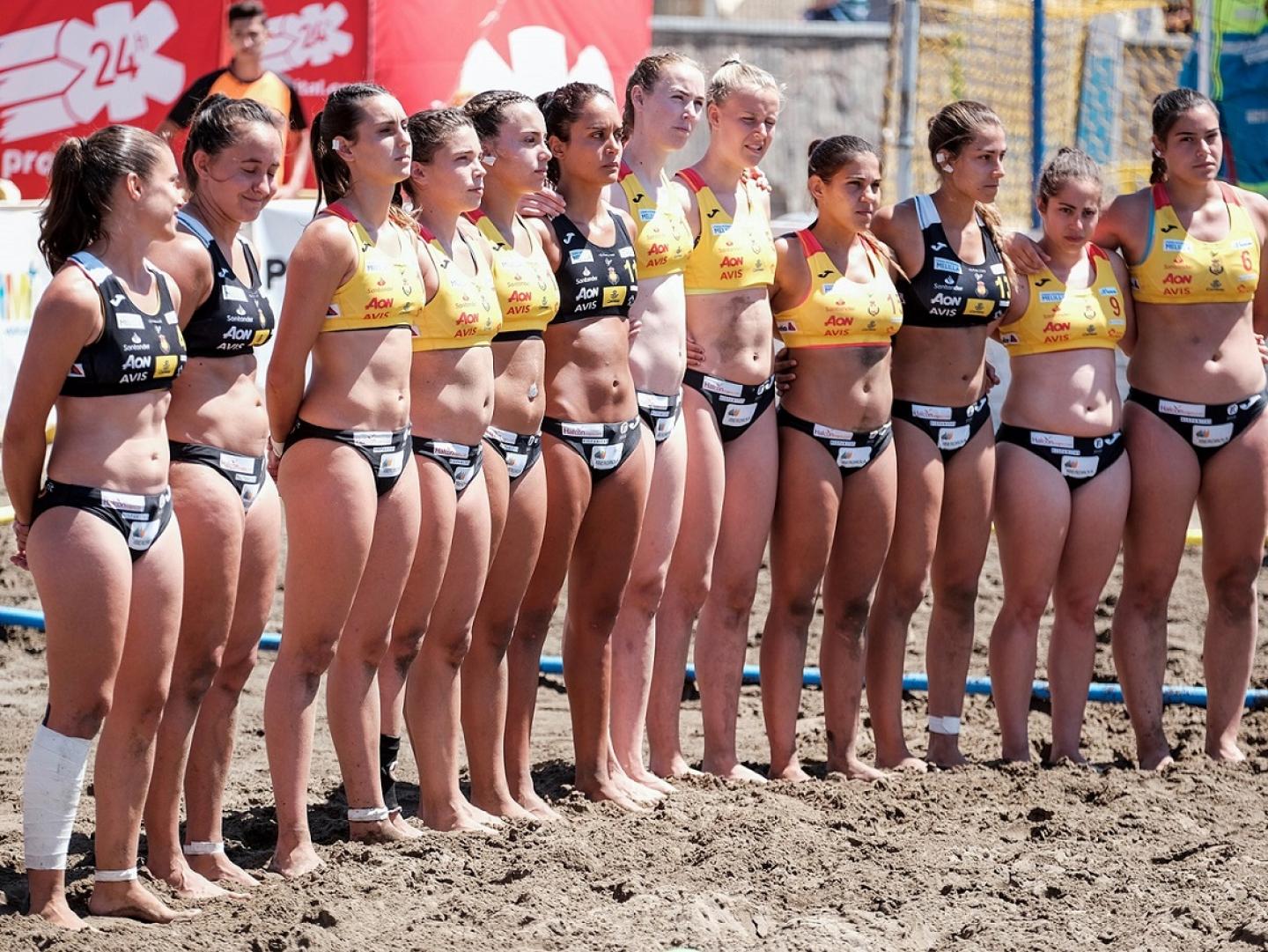 Spain’s women appear at Qatar 2019 still coming to terms with the sudden death of their 49-year-old coach Diego Carrasco in July and will be full of emotion as they look to make the podium in Doha.

Carrasco had only taken his position as head coach back in March and subsequently led the team to fifth place at the 2019 Beach Handball EURO in July after they won all of their matches up until the quarter-final stage, where they were defeated by Hungary. But they overcame Greece and then Norway in the 5-8 placement round to take the top five spot.

They finished one position better at the 2018 IHF Women’s Beach Handball World Championship in Kazan last July, to confirm their place at the debut edition of the World Beach Games where they will be looking to add to their medal collection which includes a EURO bronze (2017), World Games bronze (2017) and silver (2008) and gold (2016) at the World Championship level. In Kazan, they were defeated 2-0 in the bronze medal match by Brazil.

Juan Carlos Zapardiel was nominated to provisional head coach after the passing of Carrasco and has overseen a preparation which included a final training camp in Alcala de Henares in Madrid, before the team flew to Qatar on 8 October.

“I expect a great level of the opponents from the first match onwards,” said Zapardiel to IHF.info before the tournament. “In international championships you cannot take anybody for granted since the level has increased a lot and any team can win. All of our coaching staff are very clear about this and we will try and transmit to our players that every match is a final.

“But Spain has to always aim at winning a medal and this will be our objective in Qatar,” he added. “As important as the sporting objectives are others and we must show an exemplary behaviour and respect the fair play principles. For us, fair play is one of the most important aspects of beach handball.”

Zapardiel, who has named Inmaculada Concepcion Navarrete Navarrete (Inma Navarrete) as his captain, admitted the strength of his team is not in the individuals, but the group as a whole and revealed what it means to be present in Qatar this month.

“If we work as a team we can get far,” he said. “Our players may not be especially good from an individual point of view, but they can be the best when they work as a team.

“All countries want to take part in this championship so those taking part are very lucky to be there. Beach handball fans know that this sport is unstoppable – a sport that can be an Olympic one must be present in big events.”