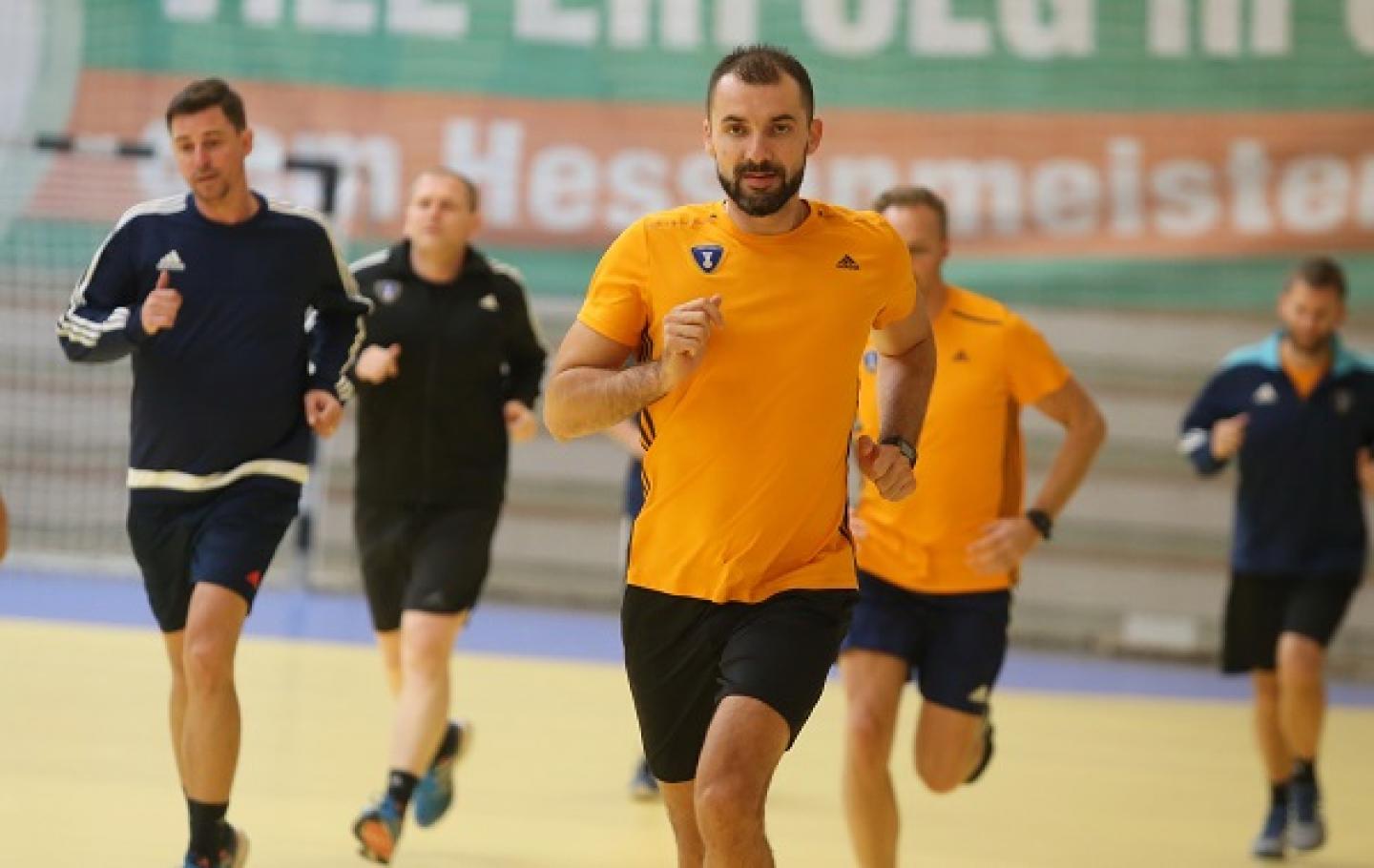 Physical fitness, rules updates, mental coaching and the presentation of their homework: 19 referee couples from all over the globe, who are supposed to officiate matches at the 2019 IHF Men’s World Championship in Denmark and Germany gathered for their official preparation course in Frankfurt and Wetzlar, Germany over the past weekend. Headed by Ramon Gallego, Chairman of the IHF Playing Rules and Referee Commission (PRC), those 38 referees had a tough programme ahead in these three days.

“Within the next weeks we will select those 16 pairs, we will nominate for the World Championship in January,” said Spaniard Gallego, who was assisted by Dietrich Späte (Germany), Chairman of the IHF Commission for Coaching and Methods. Among the lecturers during the course were IHF fitness coaches Sergi Cedrun and Dani Ariño, PRC Member Bjarne Munk Jensen (Denmark), Tono Huelin (ESP), member of the New Rules Working Group, and psychologist and mental coach Dr Sebastian Altfeld.

“One major part of the course was to check the state of fitness of the referees. As handball gets faster and faster, it demands a highly strong physical condition of the referees, the fitness is integral. I am satisfied in general, but all referees still have room for improvement,” said Gallego, who also implemented a new warm-up and stretching programme and lessons in healthy nutrition.

All referees already have a long-term training programme, which is permanently digitally supervised by their Polar smart watches, and they will receive individual training programmes for the time until the start of the World Championship on 10 January. Gallego: “You will not become a good referee in a few weeks, but you have to prove it 365 days a year. This is why we constantly monitor the match performances and data.”

In terms of rules and match evaluation, the focus of the course was on how to find the correct Progressive Line, passive play, 7-against-6 situations, offensive fouls, the behaviour of line players and the specifications of the last 30 seconds of the match. To have a perfect live and on-site training opportunity for the referees, German Bundesliga team HSG Wetzlar were part of the course on Saturday morning, demonstrating certain situations in which the referee couples needed to make decisions. “Later-on, we will send our training and preparation material to all 24 World Championship participants with our explanation, how we will deal with certain situations”, said Gallego: “Our major aim is to have a clear and common line for all referees during the event.”

The feedback of the referees on the course was highly positive: “This is a very professional preparation in a top format,” said Dane Martin Gjeding, while his fellow countryman Mads Hansen added: “The whole course was a modern way of teaching the referees, not simply having lessons on certain subjects, but including a huge part of practical approaches like in psychology, rules and all aspects of a handball match.”

The course was organised by Berndt Dugall, Board Member of the German Handball Federation, who had already been in charge for the referee preparation course for the 2017 IHF Women’s World Championship in Germany.

All 16 referee pairs will meet again a few days prior to the opening match for their final preparation in the whole group before they will be allocated to the four venues of the preliminary round (Copenhagen and Herning in Denmark, Berlin and Munich in Germany).