Klein: "Every day I feel how great the desire for handball is" 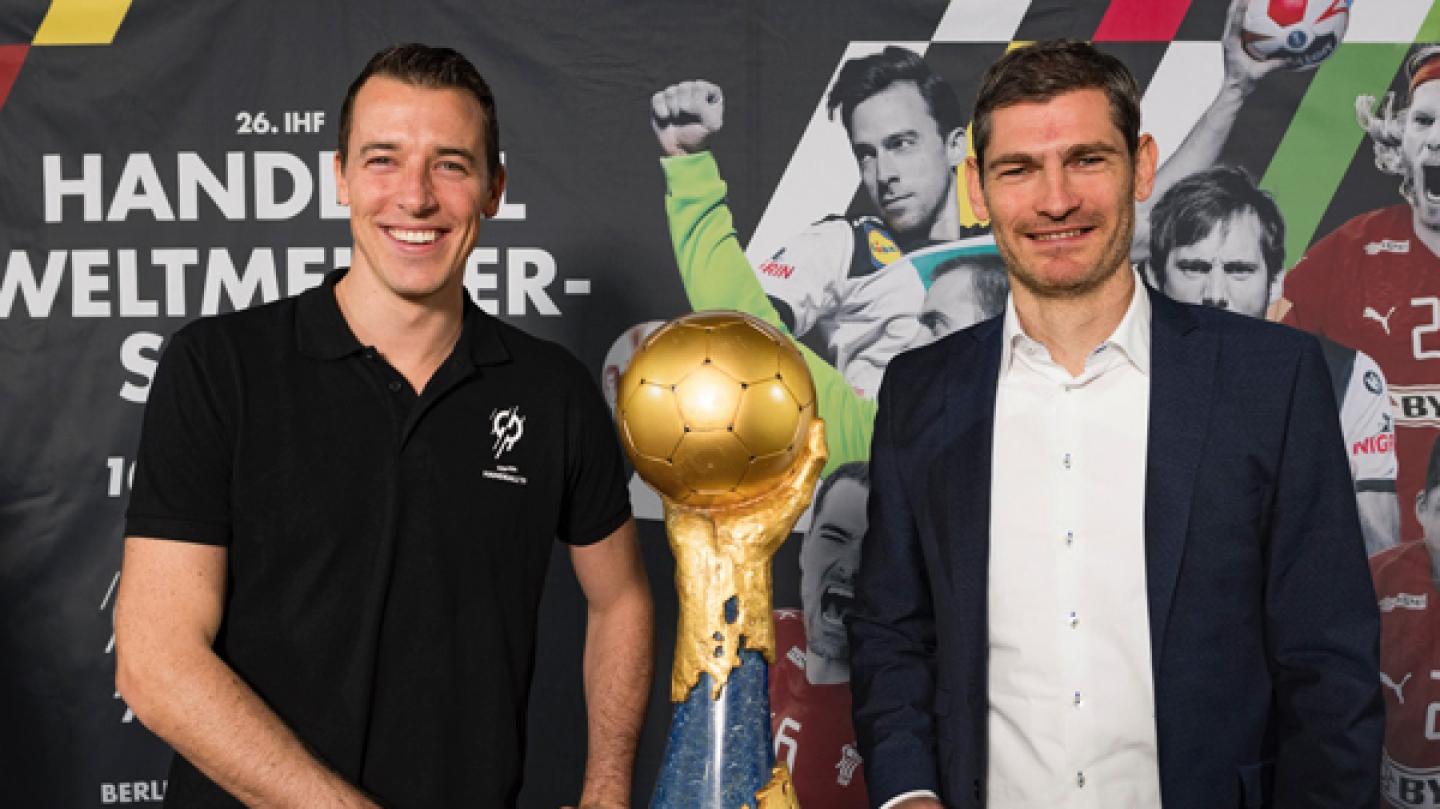 Germany/Denmark 2019: Less than 50 days to go until the men’s global showpiece gets underway

Munich was the setting as the German half of the organising committee for the 2019 IHF Men’s World Championship in Germany and Denmark celebrated 50 days to go until the start of the tournament yesterday.

The capital of Bavaria will welcome Spain, Croatia, Iceland, FYR Macedonia, Japan and Bahrain to the Olympiahalle in January, while 18 other nations will be spread out across Germany and Denmark.

Munich, along with the other three German cities for the world championship – Berlin, Hamburg and Cologne – represent the four largest cities in the country and it was no surprise that Schöne revealed well over 75,000 tickets have already been bought for matches at the Olympiahalle – with the largest groups coming from Iceland and Croatia.

These sales form part of the impressive 78% overall sales rate for the 390,000 spectators in total expected for all of the matches in Germany.

She also confirmed that her city has many years-worth of valuable experience hosting major sporting events and further revealed that special offers for family, groups and club tickets were on offer as well as special 50% discount for Munich tickets tomorrow in light of the ‘Black Friday’ phenomenon.

“We saw how hungry the city of Munich is for handball back in June when both our men’s and women’s national teams played in the Olympiahalle,” said Michelmann.

“The crowds at these matches were inspiring and with high-level teams like Spain and Croatia coming to Munich for the preliminary round we are sure it will continue to inspire handball in Munich and Bayern, helping to give our sport an even stronger position in the region.”

Klein, who was world champion in 2007, was excited about the event which is just around the corner. “I experience weekly the anticipation around the event, which continues to grow,” said the left wing. “We also hope to inspire sports enthusiasts and bring them to Olympiahalle and I feel every day how great the desire for handball is here. I'm looking forward to January, when handball fever will again cover all of Germany.”

Henning Fritz, world champion in 2007, revealed one of the keys to success for the home side in January. “There has to be an interaction with the audience like we did back then,” said the goalkeeper. “We won the audience for ourselves, let ourselves be carried away and the national team sparked a fire - this is also a potential for 2019.”

In other news, former footballer Javi Martinez – who won the European Championship and World Cup with Spain and who currently plays for Bayern Munich – was announced as a new ambassador for the IHF Men’s World Championship in Munich.