The Tokyo 2020 men’s handball semi-finals see two teams that fought for the medals at Rio 2016 pitted against two teams who have endured long waits to contest the penultimate stage. 2016 silver medallists France will take on the first African team ever to reach the Olympic handball semi-finals, Egypt, in the opening semi-final on Thursday. In the second, defending champions Denmark play European title holders Spain, who are back in this stage of the Games for the first time since 2008.

Both Spain and Egypt are fighting for their first final berth, while Denmark and France met in the 2016 final and have each celebrated the gold medal before – the Scandinavian side in 2016 and France in 2008 and 2012.

Spain have played the Olympic semi-finals three times before, in 1996, 2000 and 2008, but always lost – although they did leave with the bronze medal on all three occasions. At the point when they claimed that most recent bronze, in Beijing, Spain had celebrated a number of medals but just one of their four titles. With three titles to follow from then on, the period since has been the most successful in history for Spain – but the Olympic Games is the one competition that has eluded the side.

In 2011, Spain claimed their second World Championship medal – bronze – after the maiden gold in 2005. Two years later, they would win the world title for the second time on home soil in Barcelona, overthrowing their Tokyo 2020 semi-final opponents Denmark with a dominant performance in the final. In 2012, after four previous semi-final participations, with the latest in 2006, Spain made their way back to the penultimate stage at the EHF EURO – and that was the beginning of a period that saw Spain consistently among the top four in Europe.

Following a fourth-place finish in 2012, Spain won four straight EHF EURO medals and earned their first title in 2018 before defending that trophy two years later. But in the middle of that – just when they were enjoying a strong reign among the top-ranked teams in their continent and were fresh from a semi-final appearance at the 2015 World Championship (fourth place) and a final participation at the EHF EURO 2016 – Spain came crashing down as they missed a place at the 2016 Olympic Games.

It came down to Spain scoring just one less goal than Sweden in the qualification tournament, after the two sides and Slovenia earned the same points and Sweden and Spain had the same goal difference in the head-to-head calculation. The qualification being decided on such a fine detail illustrates just how close Spain were to Rio 2016, and it was that miss that goalkeeper Gonzalo Perez de Vargas says has been responsible for his team developing an ability to win games in high-pressure final minutes.

“That has been the main character of the team in the last five years. After being eliminated from the Olympics in Rio, that was a really hard shock for us. That made us a totally different team. We had the quality, but that united us,” said Perez de Vargas following Spain’s tight quarter-final victory over Sweden, 34:33. 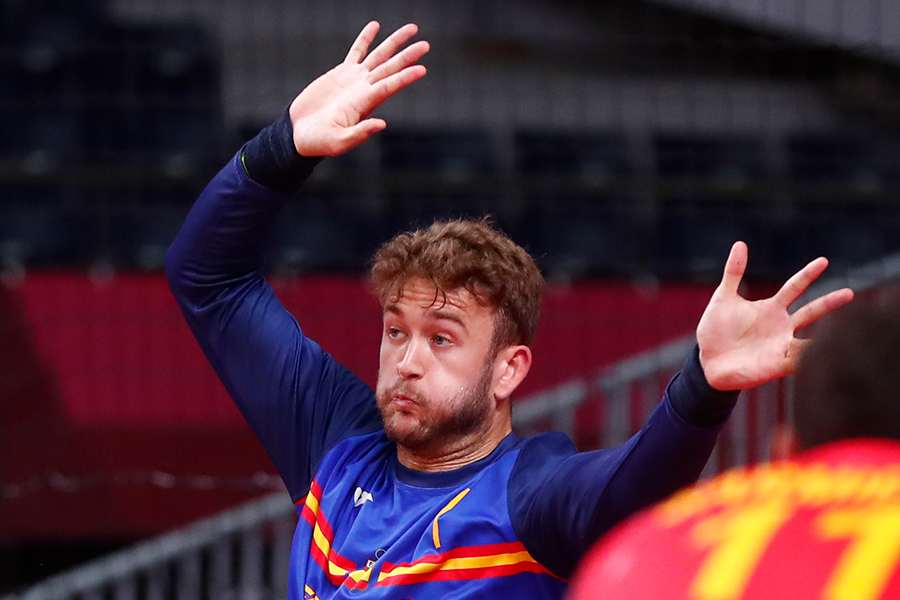 “Since then we’ve been the best group. I wouldn’t say the best team in terms of quality, physicality, age, but for sure we are the best group. And in the end, when the things really look bad, that’s when the team shows and that’s what we're most proud of.”

Spain’s quarter-final victory was not the only nail-biting win for the side at Tokyo 2020. In round 1, they beat Germany 28:27. In round 2 it was Norway, also 28:27. They finished their preliminary round with two more wins that were more comfortable, over Brazil and Argentina, as well as a loss to France.

Now, the European champions prepare to take on the defending Olympic title holders Denmark in the last semi-final on Thursday. Spain have not beaten Denmark at the Olympic Games since 1980 and met most recently in the 2021 World Championship semi-final, won by Denmark.

That win avenged the 2013 World Championship final defeat for Denmark, which six players part of the Spain Tokyo 2020 squad featured in. Four of those player – Gedeon Guardiola, Julen Aguinagalde, Daniel Sarmiento and injured Viran Morros – also won both European titles with Spain in 2018 and 2020, and now look to add the last remaining title to their cabinet as their careers near their end. The next step is a big semi-final win to dethrone the defending champions.

Before the battle of European and world champions, the record world title holders France will play seven-time African champions Egypt. Egypt have never beaten France in an official match across a total of nine games in World Championships and Olympics, but the sides have not met since 2015. With the African team already having made history at Tokyo 2020 with their best ever result, it is clear they could be on the cusp of pulling off a big upset.

Egypt were a force in their quarter-final, leading the game against Germany from the first minute to the last with no real threat to their advantage throughout the 60 minutes.

“We knew it would be a really tough match and that it would be difficult to beat them,” said Germany back Steffen Weinhold after the game, highlighting that the Rio 2016 bronze medallists felt the strength of the African side. “Egypt deserved that win. We didn’t manage to stop them on the court, and they deserve to be happy right now.”

Egypt wing Mohammad Sanad said: “We were concentrated from the beginning of the game until the very end. We took the lead in the first 10 minutes and this was like a cushion for us to be able to keep it when we were in the period where we dropped…we could drop one or two goals but then we could come back. We kept the lead the whole game and even pushed a little more in the end and it’s a really amazing feeling to reach the semi-final.” 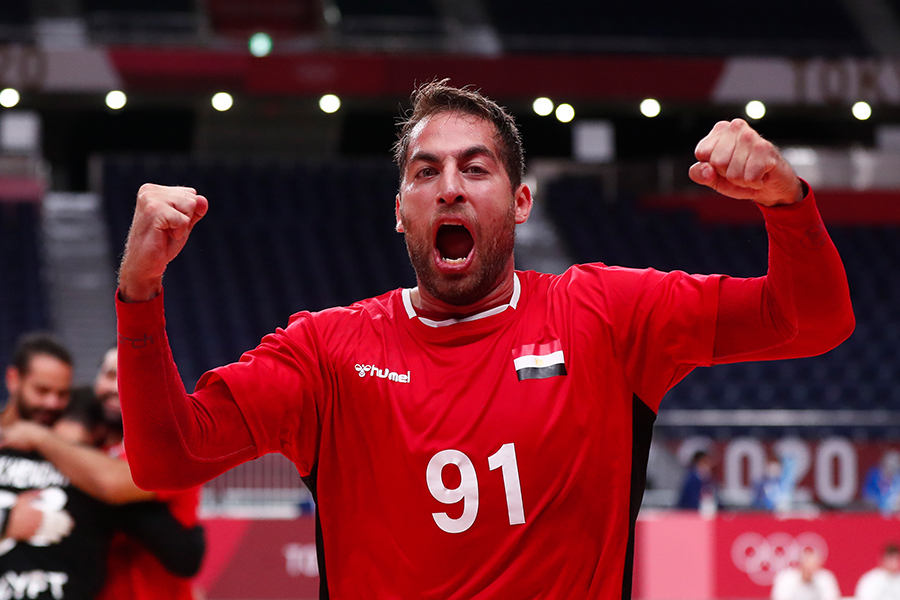 Both sides agreed the quarter-final belonged to Egypt and after the wins against Germany and vice-world champions Sweden in the preliminary round, France will have received the warning loud and clear. But it will undoubtedly be a big task for Egypt to overcome the three-time back-to-back Olympic finalists.

For whichever team reaches the final, it will be an historic moment: either Egypt continue soaring up the rankings at what is already their best ever Games or France become the first men’s team to qualify for four straight Olympic finals.