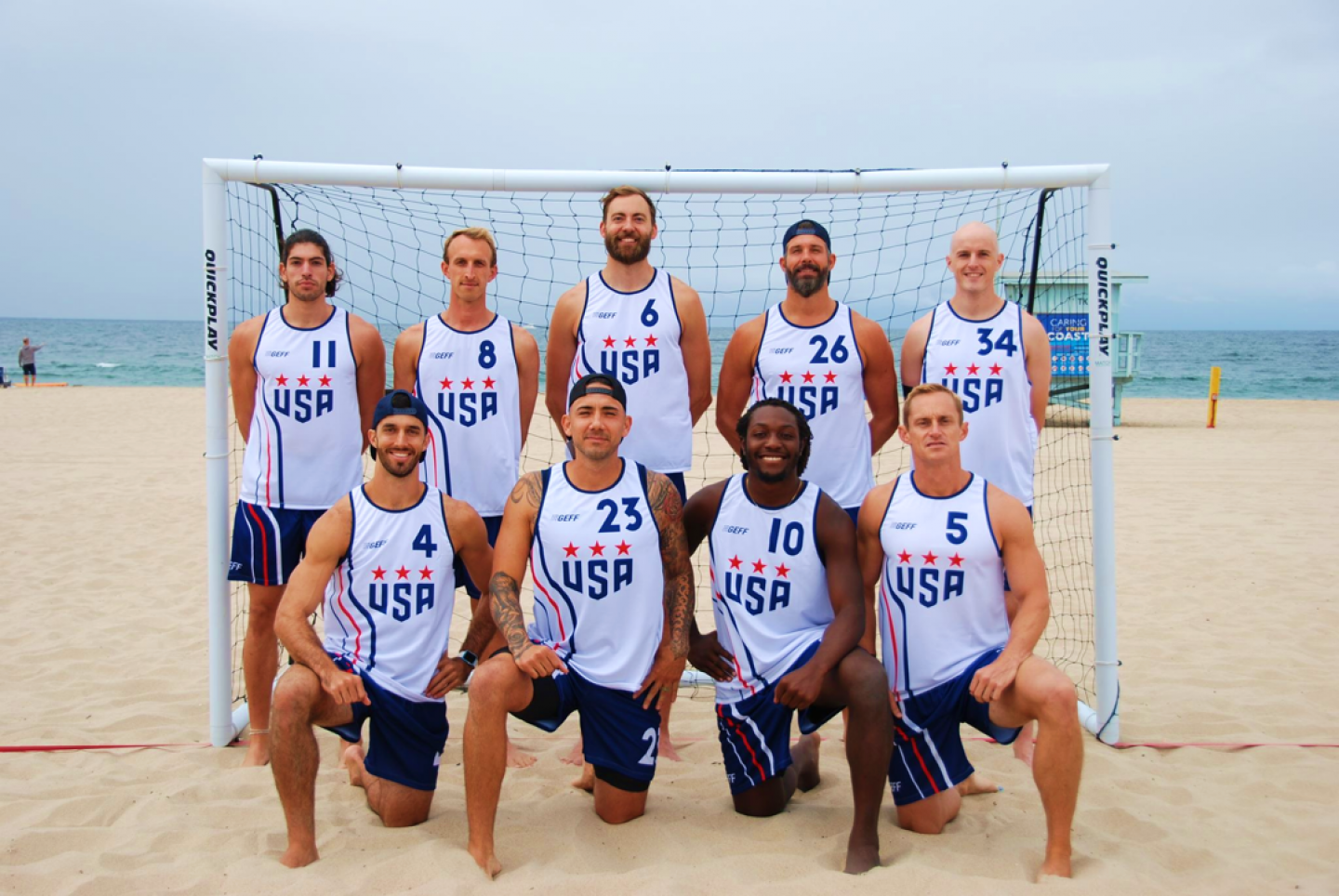 A new dawn of handball in the United States of America is being headed up by the USA men’s national beach handball team, who could surprise many on the sand at Qatar 2019 after qualifying back in July with a gold medal at the first-ever edition of the North America and the Caribbean (NAC) Beach Handball Championship, which partly-replaced the Pan American event in which the USA won gold in 2016 and bronze in 2018.

Since moving onto the global beach handball stage at the 2016 IHF Men’s Beach Handball World Championship in Budapest, where they finished in 11th place, the men’s team has cemented itself in the international arena.

A 12th-place finish at the 2018 World Championship in Kazan, Russia, was gained in the tightest of circumstances after two shoot-out losses in the preliminary round, against Russia and Sweden, which meant the North Americans moved into the consolation round, a round they dominated thanks to three 2-0 wins over New Zealand, Argentina and Australia.

Andrew ‘Drew’ Donlin finished as the sixth top-scorer with 111 points in 2018, followed by Alex Browne, with 94 points while, back in 2016, Donlin finished in the top 20 of scorers in Budapest, with 74 points, while teammate Ebiye Udo-Udoma ended with 64.

Udo-Udoma, known as the ‘Handball Ninja’ thanks to his repertoire of trick shots and ingenious skills, amongst many other things, ended with 80 points in Kazan, and has done much to promote and popularise the sport not only back home, but on a global scale and he knows that the Qatar 2019 group his side is in, featuring Brazil, Sweden, Denmark, Oman and Australia, will test how far his team has come in such a short time.

“We’ve got the World, European, South American and Oceania Champions in our group alongside 2018’s ‘Cinderella’ side Sweden and the dark horse Oman,” said Udo-Udoma to IHF.info. “The quality will be high, and the matches should be competitive with numerous upsets, making for an exciting first couple of days for the fans in Doha.

“We’re going for gold, there’s no point in shooting for anything less,” he added. “Our country has had a lack of historic handball success, but to have qualified both our US men’s and women’s teams for a global Olympic handball event for the first time since the 1988 Olympic Games in Seoul bodes well for the restructuring and building of the sport in the US.”

For captain Bill Bigham, he is full of praise for his team and is relishing the chance to face the world’s best on the Doha sand.

“No matter how things end up in Qatar there is gold within the character of each of our players,” he said. “The amount of sacrifice, dedication and hard work put in on a daily basis by these guys is unbelievable – our journey is something rare and special.

“But once we get into the competition in Qatar I’m expecting each one of us to unleash all that has been building within,” he added. “I can’t wait to see what happens against strong teams in a very talented group with a lot of elite players and my vocabulary can’t even describe the privilege and honour it feels like to participate at the first ever World Beach Games.”

Bigham and his team have been preparing weekly in southern California as well as having friendly matches with Mexico – a relationship which has grown over the years and coach Michael Hinson is honest in the reality of the situation his side will face as soon as they start their Qatar campaign.

“To be the best you have to beat the best and we have the best in our group,” he said. “We want to show the world that the US not only has a beach handball team, but we have one of the best in the world.

“Our group is loaded top to bottom. Australia may be the surprise of the tournament, plus we have the multiple world champions Brazil and European champions Denmark. It is an amazing group and we’re super-excited about the competition.”