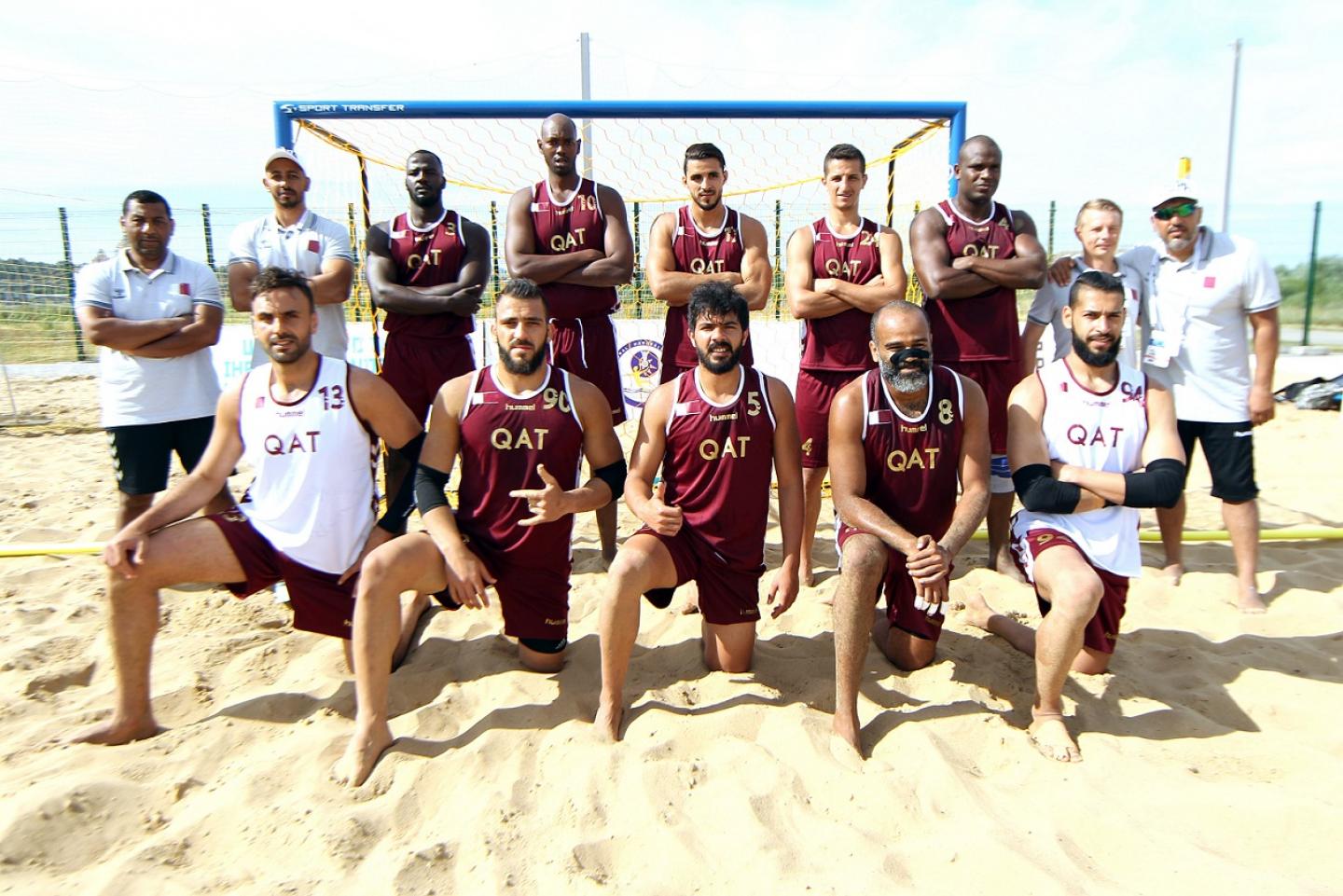 “Sure, we are under high pressure because we are playing at home,” said Qatar men’s coach Khaled Aly to IHF.info on the eve of the 2019 ANOC World Beach Games which take place in Doha.

That Aly is happy to not shy away from the fact that a country will be expecting a gold medal shows that him, and his side, have embraced an opportunity that many sportspeople will never get – to represent their country at home in a global tournament at the highest level.

“I am so proud that we can play among home spectators at home and it is a good opportunity for Qatari people to know more about beach handball," he added.

Any fans watching Qatar in the preliminary round will learn a lot about the sport too as the home side prepares to face Croatia, Hungary, Spain, Uruguay and Tunisia.

“We want to qualify through to the semi-finals,” said Aly about what he wants his side to achieve. “But we are in the most difficult group, however, we aim to finish in the top three from our group to qualify to the main round.

“After qualifying for five Asian and five World Beach Handball Championships as well as the World Games twice, being at the first edition of the World Beach Games will be good for us and it also provides a good opportunity to present beach handball to the world and support it to be at the Olympic Games.”

With four key players unable to participate due to their participation in the national, indoor, team at the Asian Men’s Tokyo 2020 Olympic Qualification Tournament – starting in Doha the day after the beach handball final – Aly will bring in five newcomers, which he hopes can settle quickly.

“We’ve got good replacements and will try to put up a strong show through them,” he explained ahead of their final preparation period in Spain, with the Spanish national team. “We aim to use this time (in Spain) to gel and get as tough as possible.”

“We are very proud of their past achievements and we are at the same time very confident of their performances at the ANOC World Beach Games. We are giving the team the maximum support and we believe they will make our country proud at the historic event.”

Qatar will be looking to a strong defensive performance as usual, with their goalkeepers having been voted into the All-star Team at the past two World Championships, while down the other end of the sand, right wing Hani Kakhi finished as their second top-scorer at Kazan 2018, with 96 points.