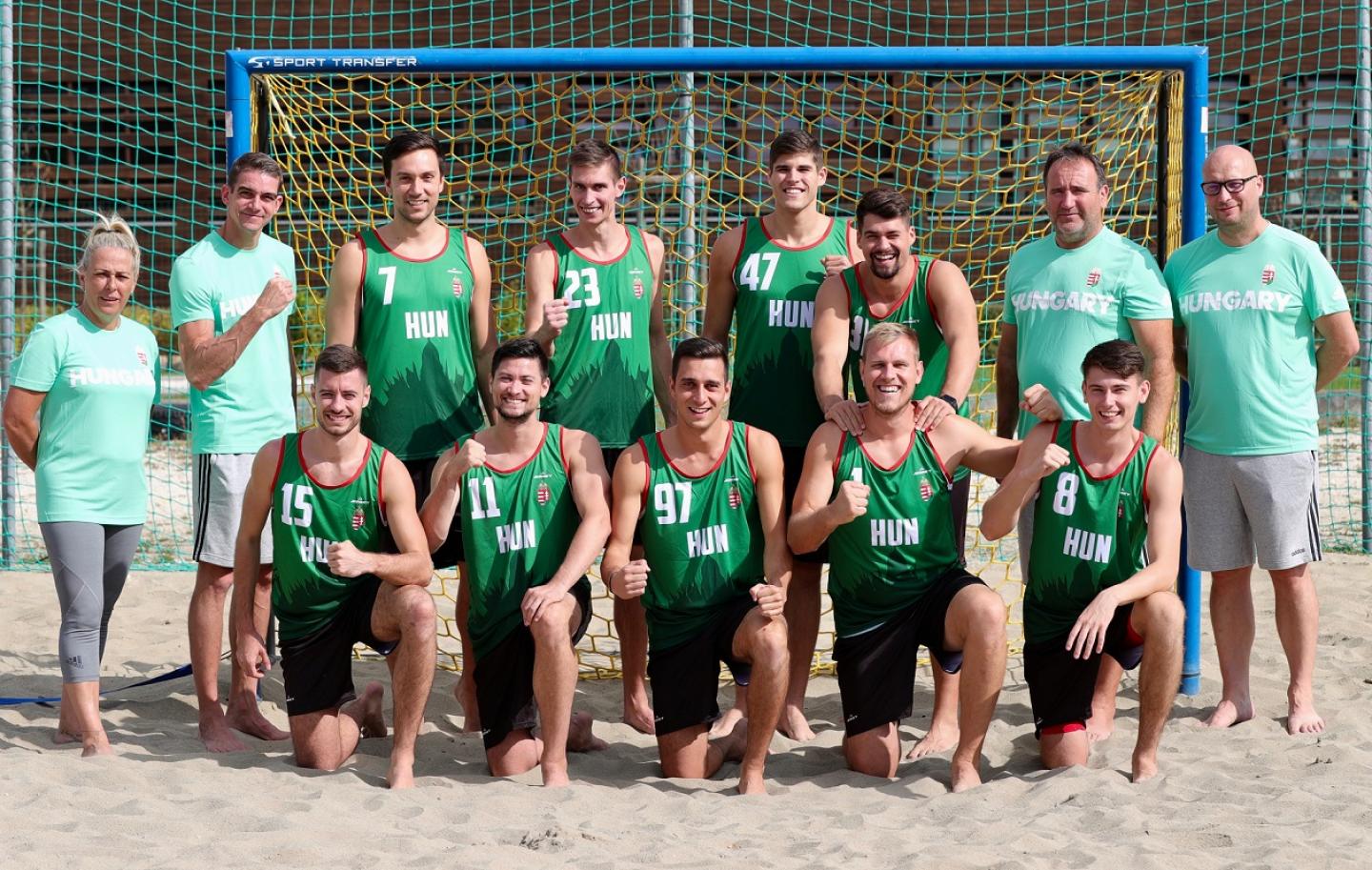 However, from then onwards they faced a barren run, before a run of finishing fourth three times in a row on the international stage.

Bronze was missed at the 2015 and 2017 EHF EUROs, with a heartbreaking fourth on home sand at the 2016 IHF Men’s Beach Handball World Championship in-between, plus the 2017 World Games also ended with a 3/4 placement match loss.

However, the Hungarians returned to the podium eventually, making it fifth-time lucky when they beat Sweden in the bronze medal match at the 2018 World Championship in Russia and then struck bronze again the following year, at the 2019 EHF EURO in July in Poland.

That third place at Kazan 2018 saw them book their ticket to Qatar 2019 where they are in a group alongside Croatia, Spain, Qatar, Uruguay and Tunisia.

“Our group could have been better, and it could have been worse,” said Hungary coach Istvan Gulyas to IHF.info. “If things go according to our plan and we can accomplish what we have practiced, we won't have a difficult task with our opponents.

“Our aim is to achieve the best results, although this tournament does not put a great pressure on us, because it is not a qualification for other tournaments, so we can experiment in our game.

“We have played semi-finals in the last six world competitions and we don’t want to interrupt this series,” he continued. “We are a very creative team, and I think that both our defensive and offensive games belong to our strengths as well as the backbone of our team, who have been playing together since the youth level.”

One key player for Hungary will be Attila Kun (pivot) who has been voted into the All-star Team at the last two IHF Men’s Beach Handball World Championships. In addition, left wing Andras John (116 points in 2016, 76 in 2018) and captain Norbert Vitaris, in goal, will be key for the Hungarians as well as youngster Viktor Melnicsuk, who represented Hungary in the 2018 Youth Olympic Games.

“Our group is very strong and there are a lot of good players in the opposing teams,” said Hungary goalkeeper Adam Balogh to IHF.info. “We want to finish in a medal position which I think would be realistic as our strengths lie in our consistency and harmony.

“It's great to have such a big event featuring our sport and it is very important for us to be there as it is an extraordinary opportunity.”

For Kun, he is keen to emphasise the bond his team has with each other, which he believes will be one of the keys to success on the Doha sand.

“We are really great friends on and off the court,” he said to IHF.info. “We have been playing together for five or six years and know each other very well.

“We are going to face three really strong opponents, but we will fight until the last seconds. I hope that we can make it to the quarter-finals, but our first goal is to advance from the group and then bringing home a medal would be a really big thing.

“When we heard that ANOC was planning to organise the World Beach Games for the first time we knew that qualifying would not be easy,” he continued. “We had to train and work hard because attending this event is only for 12 countries and being part of it is exceptional – all of us hope that these world events will be organised more often so beach handball can rise as fast as possible.”