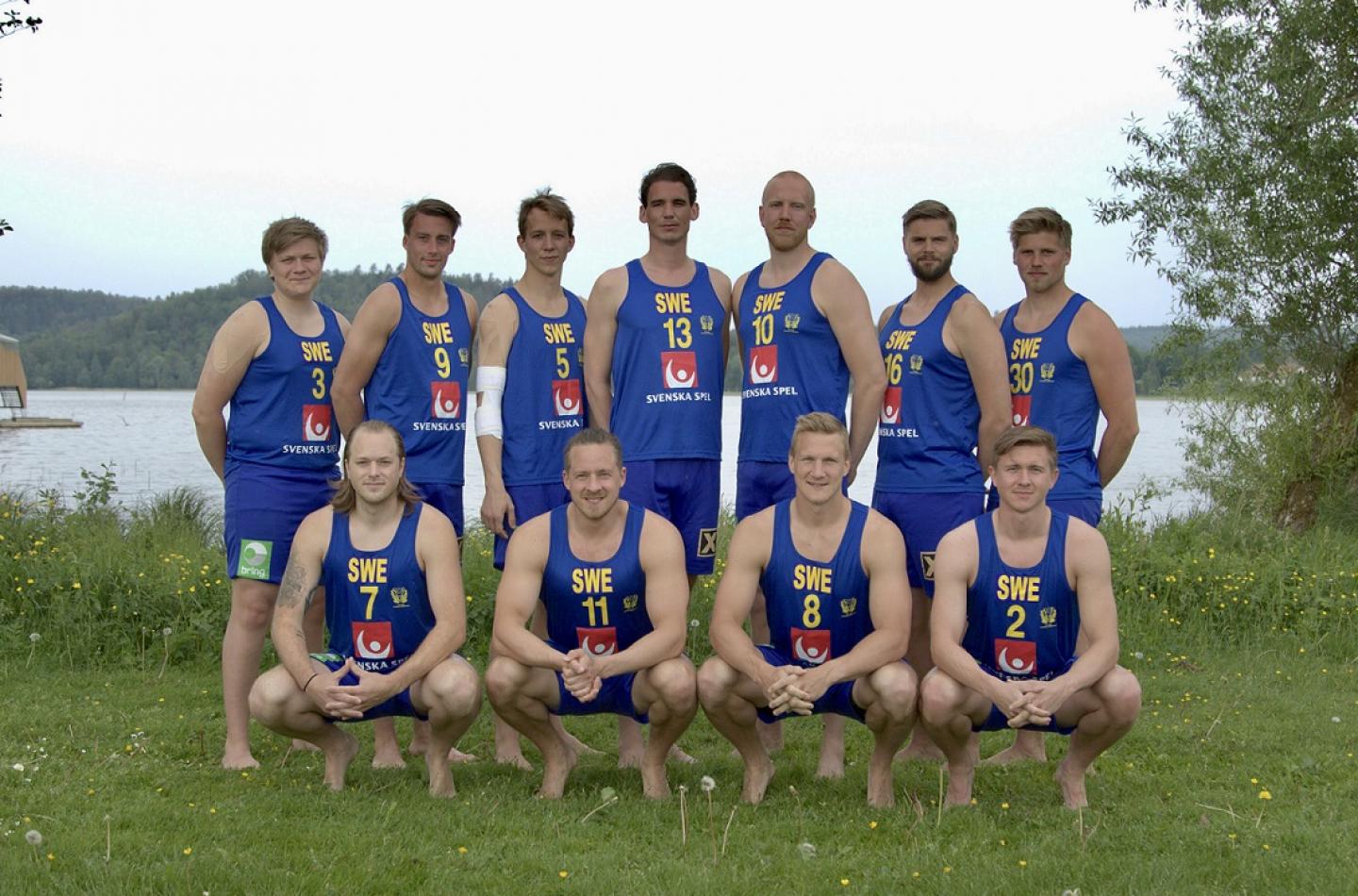 Sweden’s men burst onto the global beach handball scene in 2018, narrowly missing out on a bronze medal at the IHF Men’s Beach Handball World Championship in Kazan, Russia, after losing to a determined Hungary side, who had finished in fourth spot in their previous four international competitions.

The Swedes, coached by Helene Bernhardtz and Tony Karlsson, lost to eventual champions Brazil in their semi-final, but impressed throughout their stay in Russia – their debut step onto the global stage.

At Qatar 2019, they will face Brazil again, in their preliminary group which also features neighbours Denmark as well as Oman, United States of America and their opening opponents, Australia.

In Russia, they topped their preliminary group, winning all three games via a shoot-out, against the hosts in their opener, a shock defeat of Brazil and then a tight win against fellow Qatar 2019 opponents, USA.

They continued to impress in the main round too, defeating more Qatar 2019 group opponents, Oman and Denmark, 2-0 each. The lost easily against Qatar at the end of the main round, but their quarter-final ticket was booked, and they grabbed the opportunity with both hands, defeating Iran 2-0.

Unfortunately, Sweden could not replicate that global success on the continental stage earlier this year and finished a disappointing 10th at the 2019 EHF EURO in Poland after losing three of their four preliminary group matches to miss out on the main round and go straight into the consolation round. Historically, they have appeared at eight of the 11 EHF EURO championships with a fifth place in 2017 their best finish.

“There are no weak teams in this tournament, and we expect all games to be really tough,” said Sweden goalkeeper August Elmberg about Qatar 2019. “We are well aware that we need to perform at our top level in each game to go through to the knockout stages as, personally, I believe that world champions Brazil and European champions Denmark should be considered as the main favourites in our group.

“Our goal is to advance to the knockout stages meaning that we should at least finish fourth in the group,” he added. “If we do advance, we really believe that we have the potential to challenge all the teams in the tournament which I think we really showed in the World Championship in Kazan last summer.

“We might not score the most points per period on average, but usually we manage to keep our opponents on a low score, so I would say our defence is our main strength, but many of the players in the team have been playing beach handball for almost a decade and have gained valuable experience from big tournaments.”

Even without a game played in Qatar so far, Elmberg is already noticing the effect that his team, captained by Jesper Knutsson, is having back home by appearing at the debut edition of the World Beach Games.

“It’s an honour and we do feel privileged to participate in such a big event,” he explained. “At the same time, we believe that it is an acknowledgement for the sport to be part of it.

“Since it became official that we would be participating, beach handball in Sweden has experienced a huge boost in terms of interest from media. This, in turn, is really important in order for the sport to grow, and essentially secure recruit of players for the future.”