Juric: “We are just a group of people who hate to lose”

Ivan Juric has let ihf.info in on a secret.

While not a revelation, it does say something about the spirit of his Croatian men’s beach handball team.

A team who are now in their fourth straight IHF Men’s Beach Handball World Championship final, having made the gold-medal match at Greece 2022, where they will face Denmark.

“We have a saying and make fun in our team,” says their leader, Ivan Juric, when asked what the secret is for the consistency of their finals. “If you want to win, you don't lose.”

“But I don't know what the secret is,” he adds. “Every competition we prepare ourselves. We are just a group of people that hate to lose.”

His constant presence is part of a wider nucleus of experience, blended with fresh faces.

“We are a team that is a long time together with plus or minus two players; every year we bring in two players, then the year after we bring back two players,” he explains.

“The secret is that we are a long time together, we know each other, we are friends when we are at a competition and we are family. We leave a trip together, making fun of each other and maybe this team spirit is the secret with these guys, these great guys.” 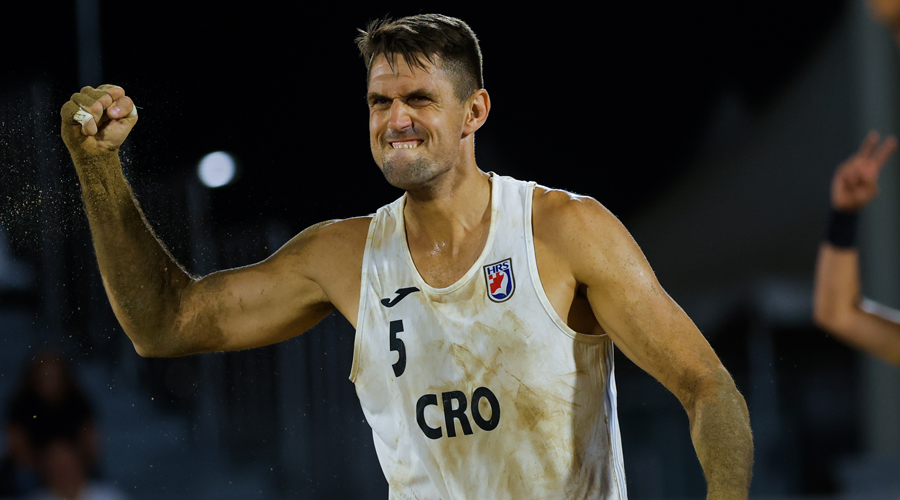 Juric’s Croatia are in the gold-medal match after a tough semi-final against host nation Greece, who took the first period, pushing the 2018 silver medallists who came back to win via a shoot-out.

“They were tough enough to take a set,” when asked about how tough Greece were. “They assembled a good team. I congratulate their coach, Ioannis (Lazaridis), because they are something new in beach handball.

“We watched their quarter-final against Qatar and we knew that we must watch out and be very, very concentrated. Maybe it didn't work out in the first set [for us] because we lost it, but in the second set we put our strength together, focused and won.”

Greece will be etched in the memory forever for Croatian beach handball as their men’s youth team won gold at the 2022 IHF Men’s Youth Beach Handball World Championship held on the very same sand last week.

“It'll be great for us and the young the kids to win double gold,” said Juric. “But we will see because Denmark are a strong team and they will certainly have something to say in the final.”

And a customary message for the support back home in Croatia, a support that will be going crazy for the team making another final?

“They are crazy already,” smiles Juric. “But, thank you for supporting us so far. I love you guys and I know you will be with us in the final game.”