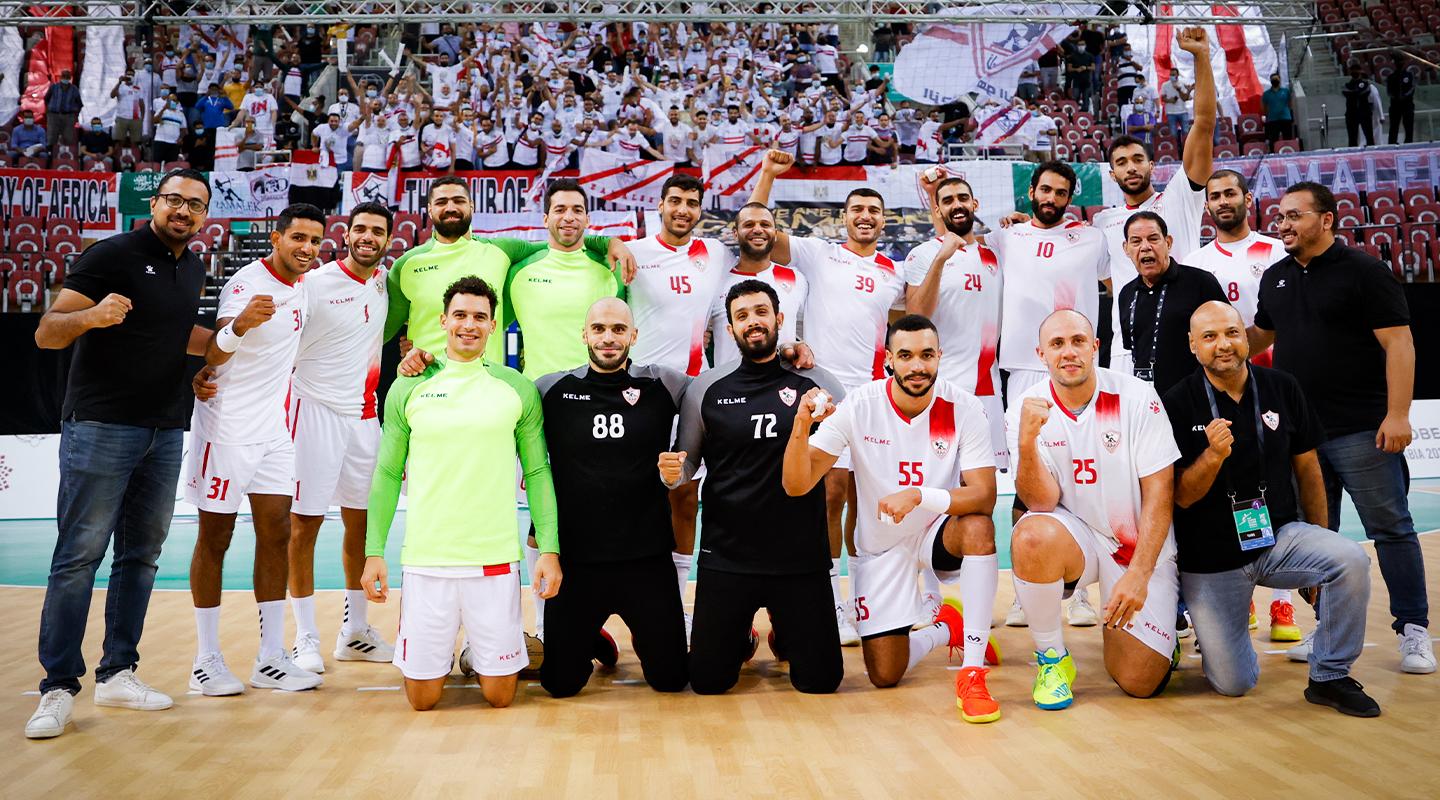 Egyptian handball has known a well-documented resurgence in the past two years, as the national team finished seventh at the IHF Men’s World Championship they hosted in January and fourth at the Olympic Games Tokyo 2020, the African nation’s best finish in the competition.

A large chunk of the team that enjoyed those performances, roughly two thirds of Roberto Garcia Parrondo’s side, was locally based at giants Al Ahly and Zamalek, the two Cairo powerhouses who have dominated the Egyptian Handball League and shared the domestic titles since 2009.

Therefore, it was no surprise that Egyptian club handball would make a comeback at the IHF Men’s Super Globe in 2021, but the question was just what team would be the African representative in Jeddah, Saudi Arabia.

The question was answered on 10 September, when the Men’s African Super Cup was held at Dr Hassan Moustafa Sports Hall in 6th of October near Cairo. Due to the postponement of the 2020 edition of the competition, the 2019 African Champions League winners Zamalek were originally supposed to face the 2019 Men's Africa Clubs Championship for Winners' Cup Étoile Sportive du Sahel from Tunisia. However, the Tunisian club withdrew from the competition and were replaced by the runners-up Al Ahly.

In a winner-takes-all scenario, Zamalek took a last-gasp 28:27 win, with a goal from left back Yehia El Deraa sealing the title and the IHF Men’s Superb Globe berth for the Cairo giants.

With Egypt a true conveyor belt of producing raw talent, Zamalek were not left behind and their team is representative of what the African nation has brought to the table in the past years. The El Deraa brothers, Yehia and Saif, are two potent weapons in the back line, while Hassan Kaddah is just emerging to the big stage at only 21 years old.

But as much as Zamalek are about presenting young players to the fore, they are also a veteran-heavy team, which bring exactly the experience needed to the table, savvy players who can dictate the rhythm during games.

Legendary right back Ahmed Elahmar, who scored more than 1,400 goals for the Egyptian national team in a career spanning over two decades, is one of those players. Goalkeeper Karim Hendawy was truly superb during the Olympic Games, boasting games with a 40% saving efficiency. Wing Omar Elwakil or defensive specialist Wisam Nawar bring other elite attributes which add to Zamalek’s strength.

Their chemistry was on display both in the win against Al Ahly in the Men’s African Super Cup, but also in the Egyptian domestic league, where Zamalek won the first two games of the new season, 33:31 against Heliopolis and 44:31 against Al Shams.

However, the Egyptian side did not have the luck on their side when the draw for the IHF Men’s Super Globe was made.

They will face reigning champions Barça in the quarter-finals, transforming the quest to tie their best-ever result in the competition, the third place sealed in 2010, into a rather difficult one.

However, the Egyptian side also look like one of the toughest opponents the Spanish powerhouse could have met at such an early stage in the competition, making the clash between the two teams a mouth-watering one.